Born in: 1762  - Died in: 1830
George, Prince of Wales, was born in London on 12 August 1762 by King George III and Sofia Carlotta of Mecklenburg-Strelitz. During the reign of the parent he sympathizes with the "Whig" party, which wants a more independent parliament than the sovereign, and which the parent opposes with determination.

December 15, 1785 secretly marries, against the paternal will and causing clamor and scandal, the Catholic widow Maria Anne Fitzherbert, posing a serious risk to the right to succession, but the marriage is deliberately considered void.

At the first manifestations of mental imbalance of his father, in 1788, urged by the minister Fox (Wigh party) to claim the regency he follows him, but he succeeds only during the last years of the king's life - January 5, 1811, twenty-three years later - when the mental illness is now so overwhelming that it leads Parliament to declare it incapable of understanding.

During the regency he distanced himself from Fox's party - which many times saved him from the regrettable situations, even economic, in which he went to hunt and left the government in the hands of the other party, that of the Tories that, unlike the Wigh, he firmly believes in the authority of the monarch compared to that of Parliament. As regent he continues with the policy of contrasting France and Napoleon's empire, until his defeat in 1814 and the definitive and historical one of Waterloo, by the duke of Wellington Arthur Wellesley, in 1815.

Died George III, he ascended the throne on January 29, 1820, with the name of George IV and with the title of King of Great Britain, Ireland and Hanover. Towards the end of his brief reign he can not refrain from granting emancipation to Catholics, also thanks to the insistence of the Prime Minister, the Duke of Wellington, going indirectly to crown the battle of a life of the Irish Catholic Daniel O'Connell.

For the dissolutezza of the private life and its disproportionate and continuous indebtedness, for the indolence and for the despotic style of his kingdom he provokes continuous rumors and is very criticized by his subjects.

The trial of Queen Carolina of Brunswick, her "official" spouse, married in 1795, and her death by poisoning in August 1821, of which her husband is highly suspected, exacerbates public disdain for him. Nor are certain liberal acts much appreciated by public opinion worth to rehabilitate it.

King George IV of the United Kingdom died in Windsor Castle on June 26, 1830, at the age of 67. At his death the reputation of the English monarchy is, both internally and abroad, at historical lows. 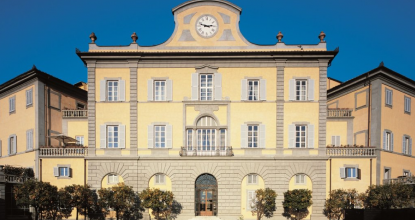