Born in: 0  - Died in: 0
The Della Torre (or Torriani or De la Turre in medieval Latin) were a family of Lombard nobility who dominated Lombardy and a large part of Northern Italy between the twelfth and fourteenth centuries, owned the Lordship of Milan, before being ousted by the Visconti . They were members of the Guelph party. Over the centuries, several branches of the family have acquired numerous noble titles: they were barons, counts, marquises and even dukes and princes. Many exponents have also been awarded various titles related to orders of chivalry.

An old family of the Milanese aristocracy, of Milan Porta Nuova, according to the tradition of a descendant stock of the Imperial family of Charlemagne, had been subdued by the archdiocese of Milan of vast territories that reached the Canton of Ticino, whose main body was the Valsassina county, with the fortified village of Primaluna in the center.

Since then the family is divided into different branches that have given rise to many noble families, in Lombardy, Friuli, Veneto, Romagna, Tuscany and Piedmont. 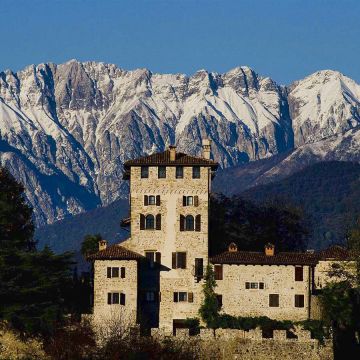 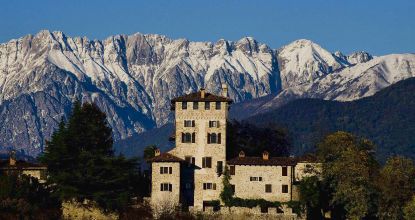 The castle stands at the southern end of a hill that slopes towards the plain, near Trigesimo, and is visible from the Pontebbana road. see 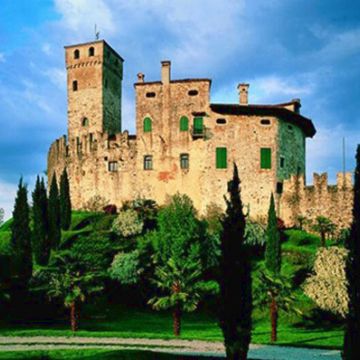 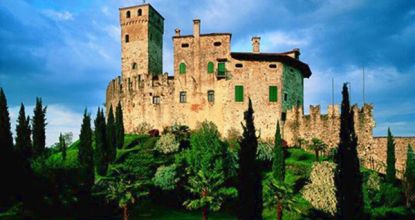 In a dominant position on the green Friulian plain lies the Castle of Villalta, the most important of the region's medieval manors. see