Born in: 0  - Died in: 0
The Pallavicino (or Pallavicini) were one of the largest and most ancient feudal families of Northern Italy, and one of the most flourishing branches (together with the Malaspina and the Estensi) of the ancient lineage obertenga. They had power in the area between Cremona, Parma and Piacenza, where they constituted a State (called precisely the State Pallavicino including Busseto, Zibello, Cortemaggiore etc.), which enjoyed independence until it was subdued by the Farnese of Parma and Piacenza. This branch descended from Guglielmo, the eldest son of Alberto, called 'the Greek', whose second son Niccolò was the progenitor of the Genoese branch of the Pallavicini (or Pallavicini). Later on from Donnino (m.1557) the Piedmont branch of Stupinigi started up.

The Pallavicino family belonged to the adalbertian branch of the Obertenga lineage, which also included the marquises of Massa, Corsica, Parodi, Lupi and Gavi. The ancestors of the Pallavicino family were initially a minor branch of the family, which had settled in the Po Valley, between Cremona and Piacenza. From where they extended as far as Liguria.
From a Marquis Alberto, living around 1100 and in Italy in 1116 with Henry V descend both the Pallavicino (or Pallavicini) and the ancient Cavalcabò family of Cremona, still existing. The son of Alberto was the Marquis Oberto I known as 'Pelavicino' (1148 m), a nickname perhaps not even joking with reference to his rapacity (shared by many, however, of the historical period). Also called "Pelavicino" was Oberto II (1269 m), nephew of Oberto I and son of another "Pelavicino" (1217 m). This nickname was later inherited from his descendants, becoming the surname of the family in the form Pallavicino (or Pallavicini). Oberto I obtained from Federico I the confirmation of hereditary feuds, in the plains around the Arda, the ancient county of Aucia and the future Pallavicino State. His nephew William, who died in 1217, was the progenitor of all the known lines of the so-called 'Lombard' branch, which originated from the nephews Oberto II, Manfredo, called 'Manfredino il Pio' (1254 - 1328) and Pelavicino.

The most famous of William's sons was Oberto II Pallavicino, a follower of Emperor Federico II and later a recognized leader of the Ghibelline party in the Po Valley. He was Lord of Cremona, Pavia, Piacenza, imperial vicar, captain general of Milan.
His fortune declined with the arrival in Italy of Charles I of Anjou, the defeat of Corradino di Svevia and the triumph of the Guelph party. The only inheritances remained, which passed to his son Manfredino, whose sons Oberto III and Donnino in 1348 divided the feuds among them. Oberto in particular touched Busseto, the capital of the Pallavicino State; Oberto began a solid alliance with the Visconti of Milan. From Oberto III, through Nicolò (faithful ally of Giangaleazzo Visconti) we reach Rolando the Magnificent, who gave the State Pallavicino the statutes that governed the civil life for three centuries; but it was also the last marquis under whom this state maintained its unity. In fact, in 1453 he divided it among his numerous sons, from which originated the lines of Varano, Tabiano, Cortemaggiore, Busseto, Polesine and Zibello.
It should be noted that the Marquises of Ravarano (fraction of Calestano in the Apennines of Parma) descended from the aforementioned Donnino; they, divided into several lines and generally decayed, became extinct by the eighteenth century, except for a line that acquired the fief of Stupinigi and moved to Piedmont. This had important duties at the court of the Savoy, the governorate of Ceva and the marquisate of Frabosa Soprana and Frabosa Sottana, and became extinct in the main branch in 1816 while the cadet branch of the Marquises of Priola is still flourishing.

Set in an ancient noble palace dating back to the early 14th century and overlooking the River Po, Antica Corte Pallavicina Relais offers historic and elegant rooms with antique furniture and a... see

Housed in an impressive medieval village dating back to the eleventh century, "the Antico Borgo di Tabiano Castello" invites you to relax and complete tranquility. All rooms combine rustic... see

The Cà dei Principi residence is located in the picturesque setting of Piegaro, an ancient village set on the green Umbrian hills. Piegaro is also known in Umbria and the rest of Italy thanks to... see

In the hills of Contignaco, a few kilometers from the famous spa town of Salsomaggiore Terme, are the vineyards of the Castello di Contignaco estate, a structure dating back to the eleventh century. see

Between the valleys of Parma and Baganza stands the ancient Castle of Felino, in a beautiful chestnut wood. Inside the ancient and elegant rooms carefully restored lend themselves to parties,... see 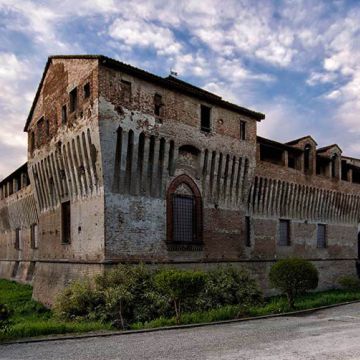 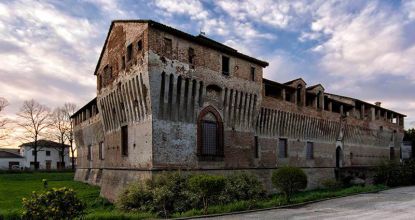 A monumental fortress with a quadrangular shape built between 1450 and 1465, it houses frescos by Niccolò da Varallo and the astrological cycle. see 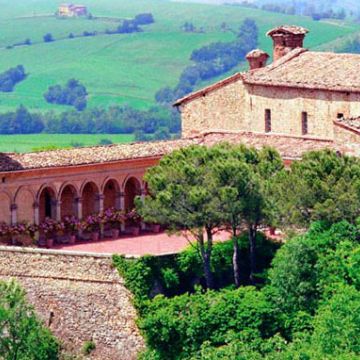 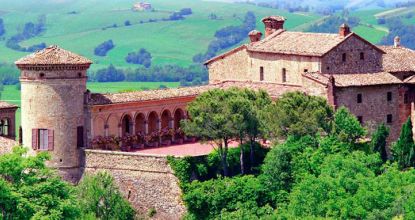 Built according to the legend of the remains of the Roman villa of Publio Cornelio Scipione, the Castello di Scipione was erected in the eleventh century by Adalberto Pallavicino on the hills that... see 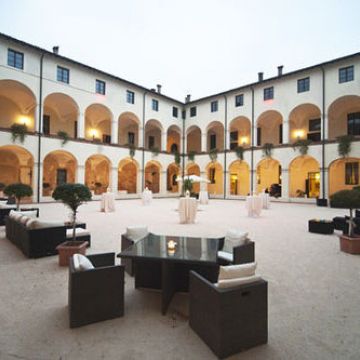 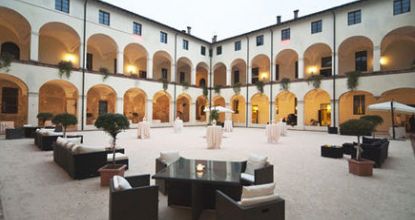 The Relais Fontevivo, located in the center of Fontevivo, in the plain 20 km from Parma, is attached to the famous Cistercian abbey, a splendid example of medieval art. Structure able to satisfy... see