Born in: 0  - Died in: 0
The Trinci family were a noble family originally from Umbria of Longobard lineage.
The founder of the family was a certain Corrado (died around 1250), nicknamed Trincia (at the origin of the family name), captain of the militias who lived in the XIII century in Foligno and descended from Monaldo, the Longobard count of Nocera (died after 995 ). He was first Ghibelline, serving in 1225 as captain of the dukes of Spoleto Rainaldo and Bertoldo di Urslingen (loyal to Emperor Federico II of Swabia), but later (in 1227) became captain of the Guelph party in Foligno, distinguishing himself as chief militia commander of Pope Gregory IX up to become in 1228 the head of the Guelphs of Umbria, having helped the cardinal Giovanni Colonna, legate of the Pontiff, to recover the city of Foligno that had been subtracted by the Ghibellines led by Corrado Guiscardo. He was also in 1237 the animator of a Guelph umbra league between the cities of Foligno, Perugia, Spoleto, Todi, Gubbio, Nocera Umbra, Terni and Sangemini. After being removed from Foligno on 31 January 1240, due to Emperor Federico II's occupation of it, he died in 1250 leaving four sons, Corrado, Berardo, Trincia I (from whom the Trinci descended), Nardo and a daughter, Piacenza.

However some of his heirs administered the city of Foligno from 1305 to 1439. Under their lordship, the city expanded its domains and areas of influence considerably and was enriched with architectural works of great value, such as Palazzo Trinci.

In 1305 the Trinci, after becoming part of the Guelph, became "lords" of Foligno, hunting the Ghibellines Anastasi thanks to the help of noble Spoleto and Perugia.

The first "lord" was Nallo (nephew of the progenitor Corrado), who led the lordship from 1305 to about 1318. From him onwards the Trinci governed assuming the title of Gonfalonieri di Giustizia. Then came the dominion of his brother, Ugolino I, which lasted until 1338; it will be followed by Nallo's son, Corrado I, until 1343. From 1343 to 1353 Ugolino Novello remained in charge, the last to have the titles mentioned.

The first recognition by a sovereign, Pope Urban V, arrived in 1367, when the son of Ugolino Novello, Trincia Trinci, was awarded the rank of apostolic vicar. Trincia was killed in 1377 by some exiled Ghibellines.

From 1377 to 1386 he governed the territory his brother Corrado II, then, until 1415 his son Ugolino III, who became an ally of the authoritative leader Braccio Fortebraccio, lord of Perugia and count of Montone (1368-1424).

Ugolino III, in 1411/12, commissioned to the artist Gentile da Fabriano the splendid frescoes of Palazzo Trinci, according to the international Gothic style. The works for the construction and arrangement of the Folignate residence were carried out between 1389 (with Corrado II) and 1407.

The sons that Ugolino III had had from Costanza Orsini connected Foligno from 1415 to 1421: they were Niccolò, Bartolomeo and Corrado. He became Corrado III and was the last "lord" from 1421: his security and ostentation of power were not appreciated by the pontifical authority; on 8 September 1439, Cardinal Giovanni Maria Vitelleschi conquered Foligno and placed it under the direct guidance of the Papal States. 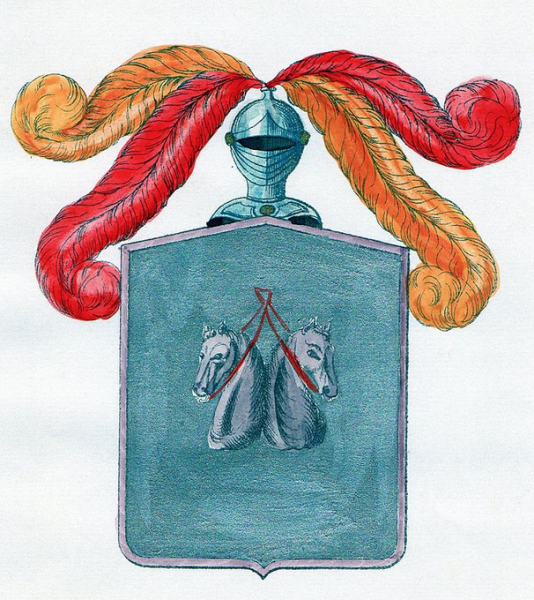 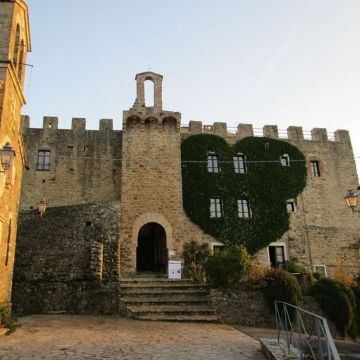 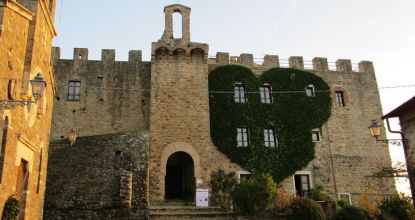 The Castle of Cisterna is located in a picturesque medieval village of the same name, a hamlet of Gualdo Cattaneo, on the top of a hill overlooking the valley of the Fiume Puglia. It dates back to... see