Born in: 1508  - Died in: 1580
Andrea Pietro della Gondola, known as Palladio, was born in Padua on 30 November 1508. Since his youth, young Palladio has been introduced to the construction work, first in the B. Cavazza da Sossano workshop and then, at sixteen, in the stonemason's workshop and builders of Giacomo da Porlezza in Vicenza, where he was used as a stonemason in the construction of monuments and statues.

The key moment of his career took place during the construction of the villa of Cricoli, owned by the humanist poet Gian Giorgio Trissino, who became his protector following him in his studies and perhaps also attributing the nickname of Palladio, from Pallas Athena, Greek goddess protector of wisdom . Always with Trissino, Palladio travels to Rome to study firsthand the ancient Roman ruins and the ancient monuments that, together with the study of the works of the Latin architect Vitruvius, will be of fundamental influence in his production. From these observations will also be born a work on architecture in four books that will have a great success.

Among Palladio's works there are numerous palaces and churches but above all the villas, where the "Palladian style" emerges in all its splendor, making it one of the most influential architects of all Western architecture.

Among the most important works we can mention the Palazzo della Ragione in Vicenza, its first major work, Palazzo Valmarana, Palazzo Chiericati and Villa Almerico-Capra called La Rotonda, a true paradigm of Palladian production, made of harmony and proportions. Most of the churches are located in Venice, while the palaces and villas are concentrated in the territories of Vicenza, now protected as a UNESCO World Heritage Site.

His last work was the magnificent Teatro Olimpico of Vicenza, begun in 1580, the year in which according to tradition, Palladio died in Maser, in the province of Treviso.

Distillery B.lo Nardini is a company founded in 1779 by Bortolo Nardini in Bassano del Grappa in the province of Vicenza. Today it appears that it is the oldest distillery in Italy. In addition to... see

Palazzo Valmarana is located in Corso Fogazzaro, a few steps from the intersection with Corso Palladio, the main street of the historic center of Vicenza and is included in the 23 Palladian... see

Among the artistic jewels of Vicenza, the Teatro Olimpico is the last work of Andrea Palladio and the first example of a modern theater complex. Begun in 1582 and completed three years later, it... see 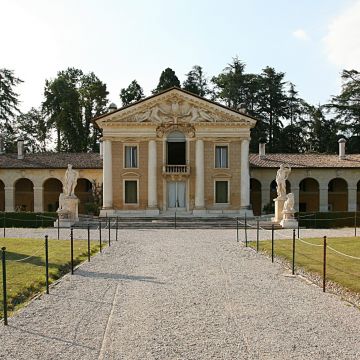 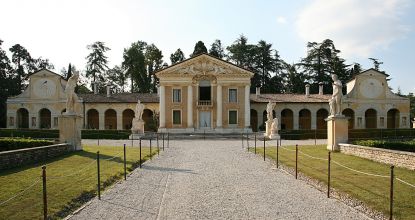 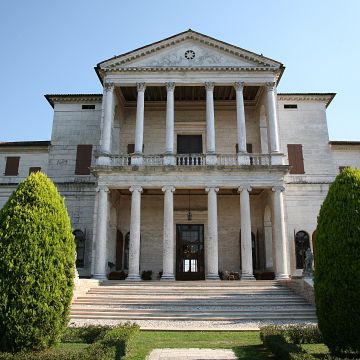 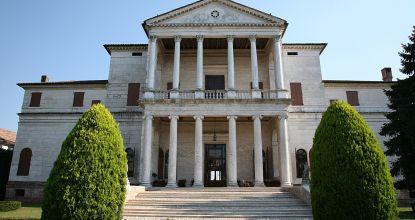 Villa Cornaro in Piombino Dese, one of the examples of the art of Andrea Palladio in the Province of Padua. In this magnificent setting you can experience intense moments in a villa full of history... see 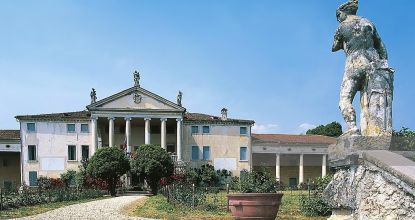 Villa Piovene dates back to 1539 and is located on the hill of Lonedo di Lugo, from which dominates the entire plain below. It was included in 1996 in the UNESCO World Heritage List, along with... see